Electric motors have widespread applications in motion control. When buying one for your car, chances are you will have to pick either with a brushed or a brushless motor. But how can you distinguish between a brushed and a brushless motor?

The differences between brushed and brushless RC motors include their components, power, and performance. For example, brushed motors feature commutators, while brushless motors have magnets. Also, brushed models spin when powered, are less powerful, and deliver lower RPMs than brushless ones.

This article will provide you with the differences between these two types of motors in regards to design and function. Read on for these and some tips on how to tell if an existing or prospective purchase is brushed or brushless, what each type offers, and why one might be better than another in different applications.

What are Differences Between Brushed and Brushless RC Motors?

According to the experts, brushless RC models edged out the older brushed motors in the past 10 years. In my opinion, this can be attributed to the differences in how they work, the amount of thrust they produce, their different power efficiencies, to mention but a few.

Here is a detailed breakdown of the differences between a brushed and a brushless RC motor:

A brushed RC motor works by using brushes to contact the rotor, which is made up of a metal that has been magnetized.

With current running through these contacts, the electromagnetic force will cause them to rotate with friction between them, and this generates power for rotating the rotor at a certain speed

A brushless RC motor works by using a controller to activate the coils to create electromagnetic force, which causes them to rotate with friction between them.

Brushed and brushless RC motors come with different components, like brushes and commutation, that are used to generate the electricity required to rotate the motor.

Notably, brushed motors contain brushes positioned in such a way as to touch two rows of permanent magnets on each side.

The electromagnetic force generated when current is passed through these brushes causes friction between them, generating power for rotating the rotor.

The brushless design involves no contact whatsoever, so there’s less wear-and-tear resulting from constant brushing against metal surfaces. Typically, copper or carbon fiber wires inside the coils create an induced voltage that acts like electromagnets and drives the rotor.

Brushless motors have a more powerful thrust and are less susceptible to wear.

The only downside is that brushless RC motor systems can be harder to find in most physical stores, so you may have to order them from online stores.

Brushless motors also provide better power efficiency than brushed motors because they don’t use any brushes for commutation. They’re often used in high-end racing cars or large scale aircraft, like helicopters or drones, thanks to their increased torque and responsiveness

Brushless motors are more powerful and efficient than brushed motors. The brushless motor design is also less complicated, making them easier to maintain in the long run. Brushless RC cars or trucks will last longer and perform better due to their lack of brushes which wear out over time.

In addition, since there are no brushes attached to a brushless motor, it can be used with either an AC or DC power supply without needing a switch (which would typically need to connect/disconnect from the battery pack) as you would for a brushed motor.

Additionally, brushless motors work at higher speeds when compared to their brushed counterparts. This is because they have fewer moving parts that could potentially slow down their rotation speed as friction increases.

How To Tell if an RC Motor Is Brushed or Brushless?

Sometimes you may be forced to distinguish between the available motors so that you pick the appropriate one, depending on your needs.

To tell if a motor is brushed or brushless, you should check for the following:

1. Check for Commutators and Magnets

Brushed motors are typically made up of a series of commutators and carbon brushes, which are designed to wear out over time.

Brushless motors utilize permanent magnets instead of fragile physical objects. This makes brushless motors less prone to damage caused by interference from dirt or other outside sources.

The rotor in a brushed motor spins when power is applied, but this doesn’t happen with brushless because the windings act as an electromagnet that provides torque due to their current flow pattern. The opposite happens when power is removed: no movement for brushed and collapse for brushless.

Another difference between these RC motors is how much voltage they can handle without overheating – usually around 12 volts for a brushed RC motor. In comparison, a brushless motor can handle up to 36 volts.

4. Check the Resistance & the Maximum Revolutions per Minute

Another difference between brushed and brushless motors is their electrical resistance. Generally, brushed motors have a resistance of less than 100 ohms. In contrast, that of brushless models tends to be in the tune of kilo-ohms, as a subject matter expert points out in this discussion forum.

RPM is another difference, with brushed motors typically having a max RPM of around 20,000 while brushless can reach up to 100,000.

What Are Their Advantages and Disadvantages?

Having discussed the differences between brushed and brushless motors, let’s dive into their pros and cons:

Generally, brushed models come with simpler designs – they only require two wires to operate. Also, these motors are more rugged and can withstand harsher environments.

However, their downside is that they tend to wear out faster, thanks to the constant brushing of components against each other. Besides, these motors tend to generate heat as the parts rub against one another, making them unsuitable for use in hazardous working conditions.

Similarly, brushless motors come with their pros and cons, which are different from brushed motor ones. One advantage of these motors is that they produce less heat due to not having friction between two metal parts, like in the case with brushed motors.

A major disadvantage can include price, as well because there’s no external moving parts or anything else requiring replacement over time it often costs more at first purchase – but then there’s also fewer repairs needed during ownership, reducing the costs

For more information on the pros and cons of brushed and brushless motors, I recommend that you watch the following video:

When To Choose One or the Other?

Suppose you need to choose between a brushed and a brushless RC motor. In that case, you should consider your budget, the type of environment you will be using it in, and how much power is needed.

Here’s a breakdown of these aspects:

If you need a quality brushed motor, I recommend this Globact 550 12T Motor. It’s the ideal choice for both 2WD and 4WD cars and can serve you in wet environments without short-circuiting, thanks to its splashproof construction. 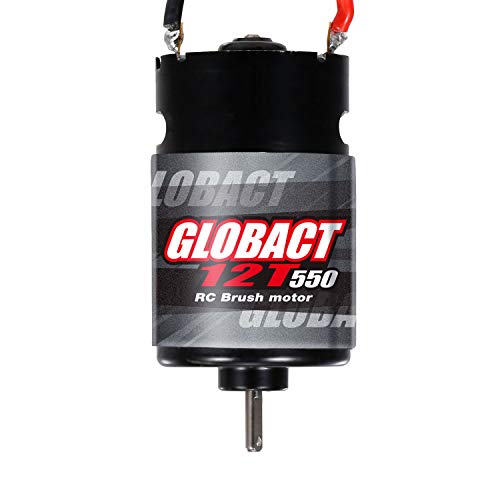 However, suppose you need a pro-grade brushless motor for your car, I recommend this Arrarown RC Car Motor. It is waterproof, and can withstand extreme temperatures of up to 200°C (392°F). It’s also durable and produces less friction. 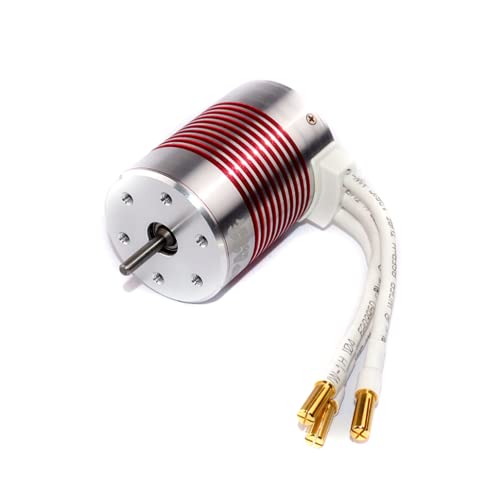 As they say, that’s a wrap. But before you go, here’s a summary table that recaps the differences between brushed and brushless motors, as I’ve mentioned above: